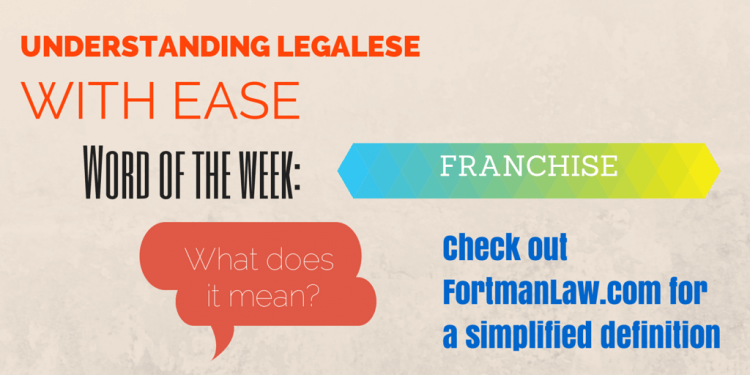 The definition of franchise is:

So what does that mean?

Let’s see if we can simplify the short novel of a definition!

A franchisee is part of a system that provides them with a set of rules of operation that gives them limited say in how the business is operated including things from how the store is decorated to what they can sell and charge customers. Franchisees also pay fees to the franchisor in exchange for the use of their system including the established brand name as well as national advertising campaigns. Many franchisors will market the franchise as a “business in a box,” something that can be purchased, opened up, and generate a profit from. Of course, this often works better in theory than in reality. One must choose a franchise system carefully and make sure that they are getting enough benefits from the franchisor to warrant the fees and restrictions placed upon them.

Not all franchise systems are created equal. Do the research and consult with an attorney before purchase a franchise!