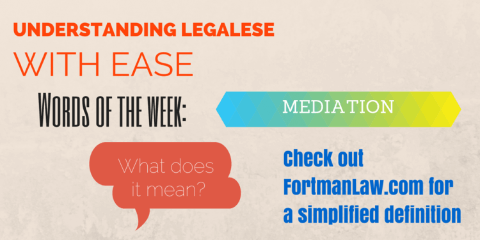 The definition of Arbitration is:

Arbitration: in practice. The investigation and determination of a matter or matters of difference between contending parties, by one or more unofficial persons, chosen by the parties, and called “arbitrators,” or “referees.” Duren v. Getchell, 55 Me. 241; Henderson v. Beaton”, 52 Tex. 43; Boyden v. Lamb. 152 Mass. 416, 25 N. E. 609; In re Curtis-Castle Arbitration, 64 Conn. 501. 30 Atl. 769. 42 Am. St. Rep. 200. Compulsory arbitration is that which takes place when the consent of one of the parties is enforced by statutory provisions. Voluntary arbitration is that which takes place by mutual and free consent of the parties. In a wide sense, this term may embrace the whole method of thus settling controversies, and thus include all the various steps. But in more strict use, the decision is separately spoken of, and called an “award,” and the “arbitration” denotes only the submission and hearing.

What does that mean?

What to watch for: Arbitration clauses

Many contracts will contain an “arbitration clause” which forces all legal disputes to go through arbitration instead of through court. The people with whom the dispute is filed are allowed to choose the designated arbitrator as well as force the person filing the dispute to cover all costs of arbitration, which is generally expensive. It is important for individuals to read agreements they are signing. If there is an option to “opt out” of the arbitration clause, you may want to consider doing so. For example, after you sign up for a new credit card, you later receive the full agreement in the mail. In most of those agreements, you will see a section where you can opt out of the arbitration clause by sending in a letter stating such. We would highly recommend you do just that….we do!